Hundreds of fashion names and facts became quickly overwhelming – been there, stammering. So having some tools to consolidate became bare necessities. Tools that had to be ready to hand and fun! That’s why I wrote two Android quiz-like apps and put them in my Sony Xperia. All the hundreds of fashion names and facts rolled randomly into 10-question rounds. It’s one or two minutes rounds, a fresh new one every time. 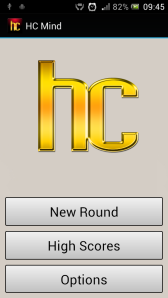 Personally I played waiting for my boss to arrive for a meeting. I played in the cab. I played to flex my mood in a bad day. I played covering inept commercials before my favourite TV shows. I played having a drink in a club. I played with friends and I played alone. I played – reaching mastery without even knowing.Learn and play, play and learn. Then use and conquer. Go get whatever you want.

The Art Addict + The Fashion Impostor